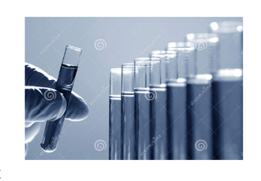 We were founded by Jack Marcus in 1965, just down the street from our current location on Delmar. We’rw exited to be celebrating our 50th year in business in 2015. Today the company remains a family-owned business and is in its third generation. We’re proud that many of the employees have been with the company since the second generation. We are a woman-owned business.

Missouri Analytical is a turn-of-the-century building with solid foundations which are well-suited for a laboratory enviroment. The building was designated as a nuclear fallout shelter, and has been matained as such.
Established a vibrant, downtown St.Louis district, we’re been privileged to see the positive changes in the neighborhood and our employees have benefited from the wide array of restaurants, retail & other (social options) that have emerged.

Missouri Analytical has an excellent tract record among regulatory agencies. For over 20 years no 483 has been issued after FDA inspections.